School closures in Nepal due to the COVID-19 outbreak have meant the cancellation of exams for many of the children, exams that some had been studying towards for some time. They are in our prayers. SARA Ministries has advised that their priority needs are for cooking fuel, and groceries. Border closures along the India border have led to an escalation of food prices, and very limited availability of cooking fuel. We are seeking support to meet these needs. We will continue to assess and respond to the needs as best we can.

– she lives in the girl’s home. She was born in a mountain village in the ‘Dhading District’ of Nepal, a sloping mountainous area about 8 hours from Kathmandu.

Shristi’s mother abandoned her when she was four years old – running away with another man. Her father, working as a trekking guide, left the village for long periods at a time, and remarried. Shristi was sleeping throughout the town in random homes and was not being adequately taken care of by anyone. SARA Ministries had no choice but to help her.

Shristi is excelling alongside all of the other children. Tej, the pastor leading SARA Ministries, notes that she is an intelligent and talented girl who can speak some English and loves to dance. Tej’s sister, Hanna, leads the care at the girl’s home. Shristi has a great group of friends, including Hanna’s youngest daughter and other girls similar to her in age. Seeing the impact on Shristi, her father has begun going to church in his village and is encouraged to visit Shristi.

...encouraging them along in activities or dance, and helping them to share about themself. We brought some games, and they were huge hits. The kids were so thankful and appreciative. I’m proud we are supporting the outreach of SARA Ministries – you see the impact of not only the education support but of the love and mentorship the community provides.” - Christian Ferraro, Hope Story 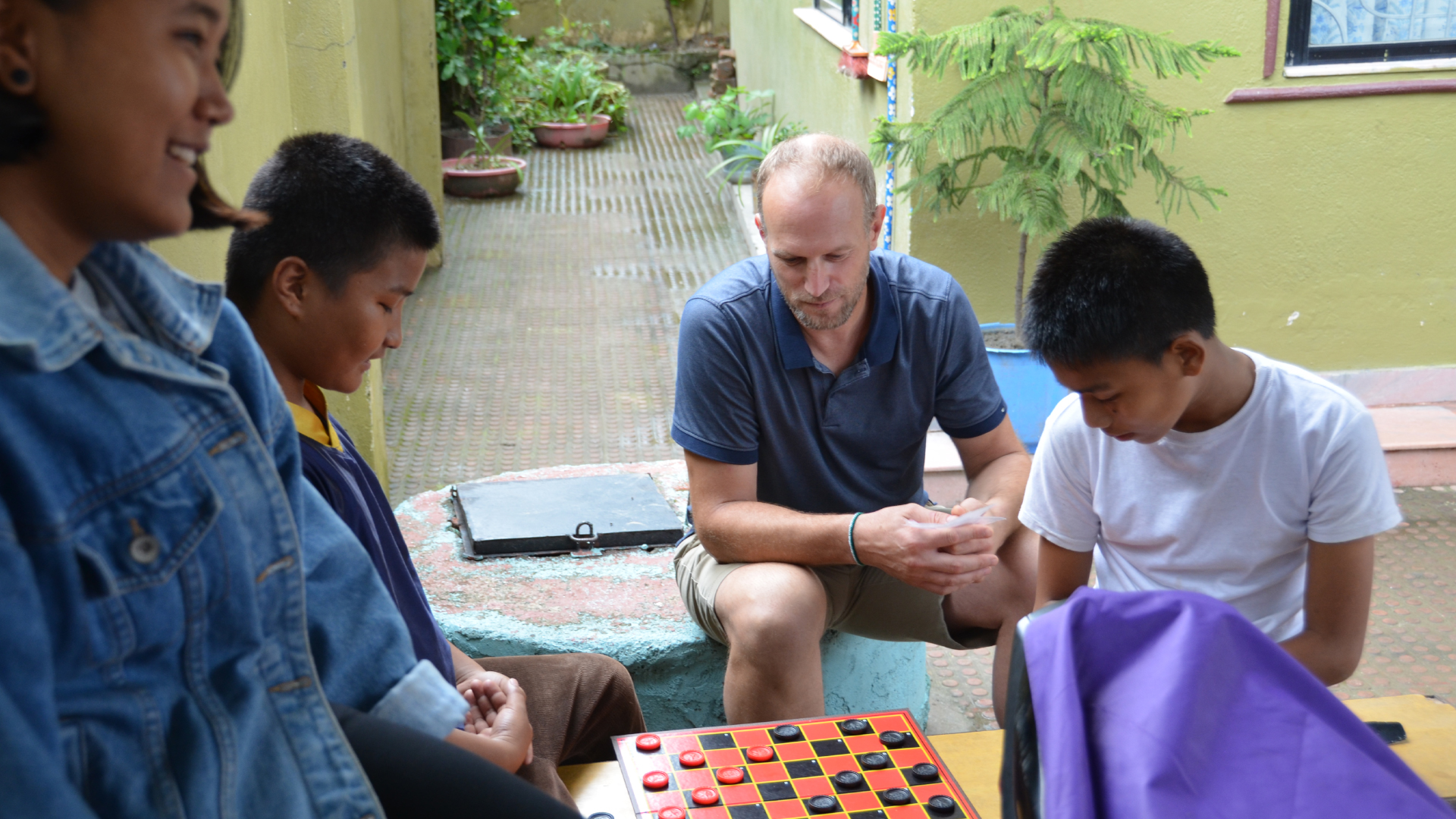 Despite the persecution the church has experienced, pastor Tej’s commitment to bringing people together in Christian outreach is having an impact.

A great Christmas event hosted by SARA Ministries occurred at the end of 2019, where the children sang and danced for some 700 people. The children’s teachers and friends from school, along with government officials and many from the community attended. Tej took the opportunity to share the meaning of Christmas in his message. Feedback indicated that what he shared was eye-opening for many in attendance. When the Children’s Department officials saw how happy the children were, they were delighted. The children received warm clothes, and everyone enjoyed a meal together.

A local member of parliament spoke at the event sharing that in the 21st century, people should be free to choose the religion they want. The previous chief of police told Tej that it was his first time learning about Christmas. “He sat with me and asked many questions,” shared pastor Tej. 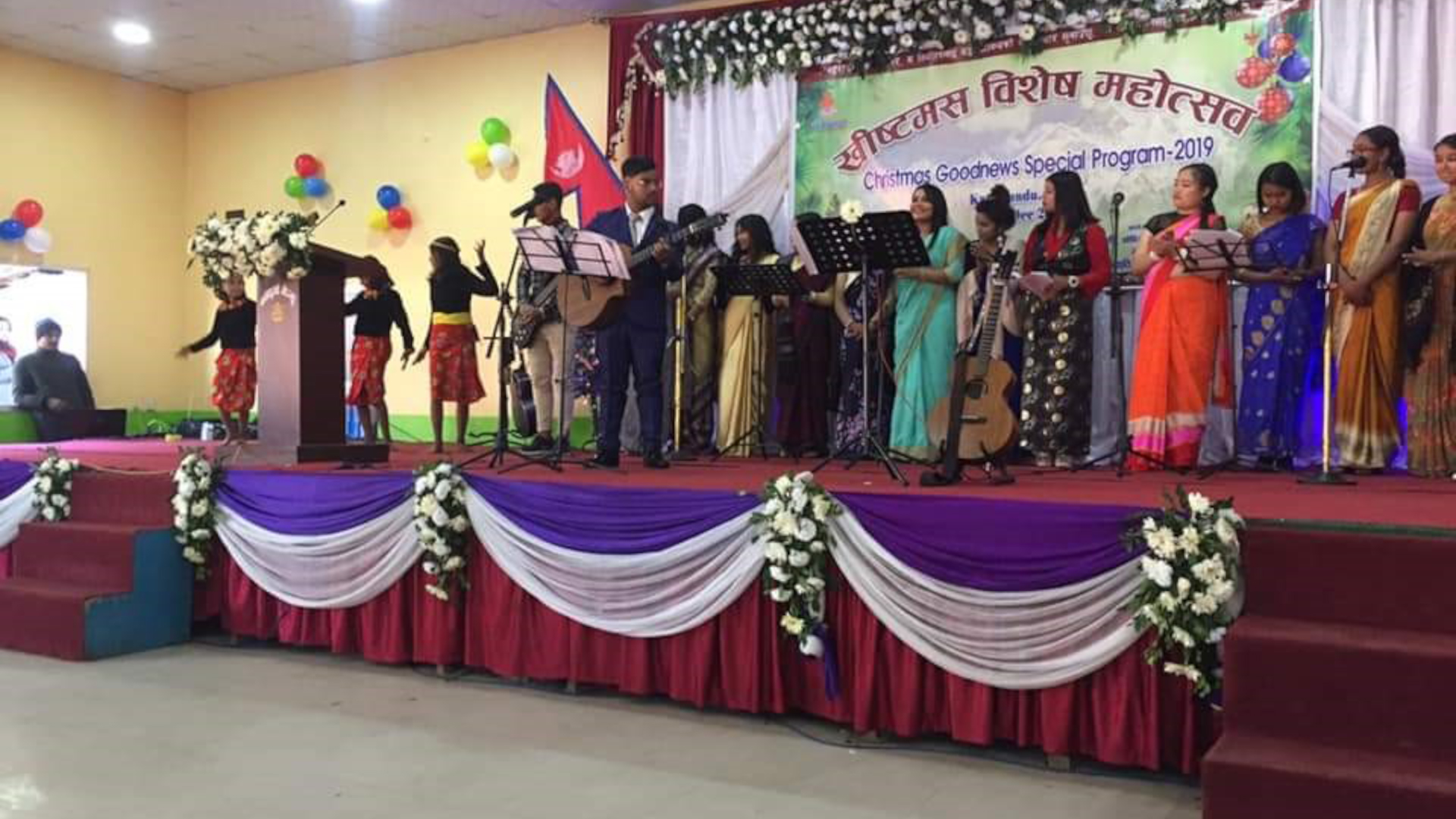 On December 24th and 25th, pastor Tej was also broadcast on T.V. to over 100,000 viewers through prime-time television programs. Pastor Tej opened his phone line, as did other pastors around the country, and he personally received over 50 calls, giving him the opportunity to speak with and pray with many seekers across the country. You may recall that Tej also operates a weekly radio broadcast, offering a message, hymns, and prayer.

A man named Amar from eastern Nepal called pastor Tej, sharing that in his whole village there is no church, but hearing Tej he wanted to believe in Christ. Tej prayed with him over the phone and they have remained in communication.

Another man visiting from out of town called Tej from a local bus stop, sharing that he wanted to know more about Jesus. He had come to Kathmandu for work. He came to the church to visit Tej and requested a Bible and hymn book. Tej prayed with him and has remained in touch. 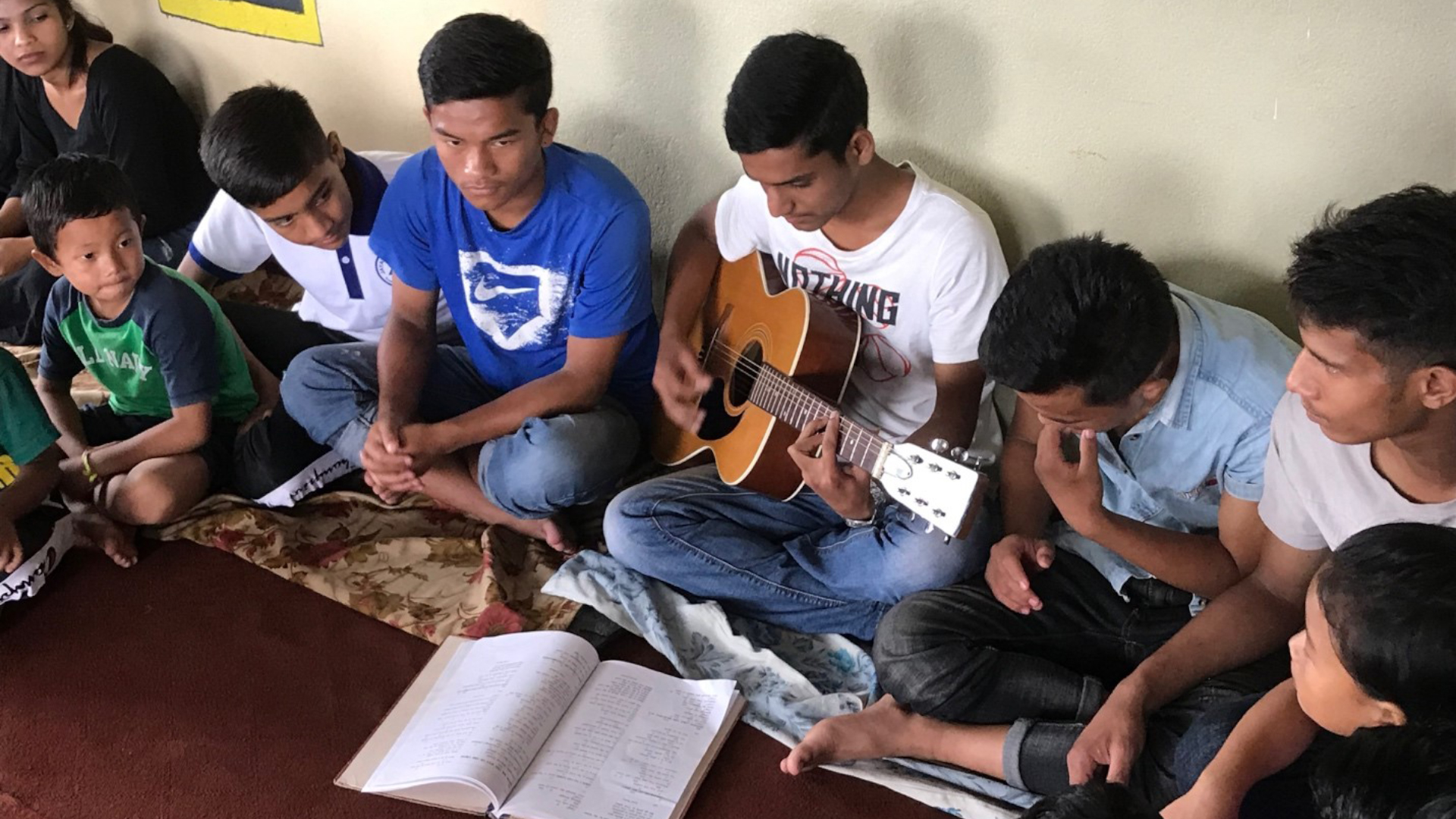 Some of the youth boys shared a worship song with us.

A strong youth group with over 35 attending each Friday night. The youth were very engaged in a three-month Bible study from September to November.

The kids all received a dental check-up just before Christmas. Seven required some dental work. Sixteen-year-old Joythi developed a skin condition but is improving with treatment.